One of my “contracts” this last year was to build an animatronic tentacle for an art exhibition ( see #dokumenta14 ), While it worked well controlling with ones own hands….It barely worked well with the motors and electronics.

The reason? Ahh many reasons I guess. If we look at the physical design: 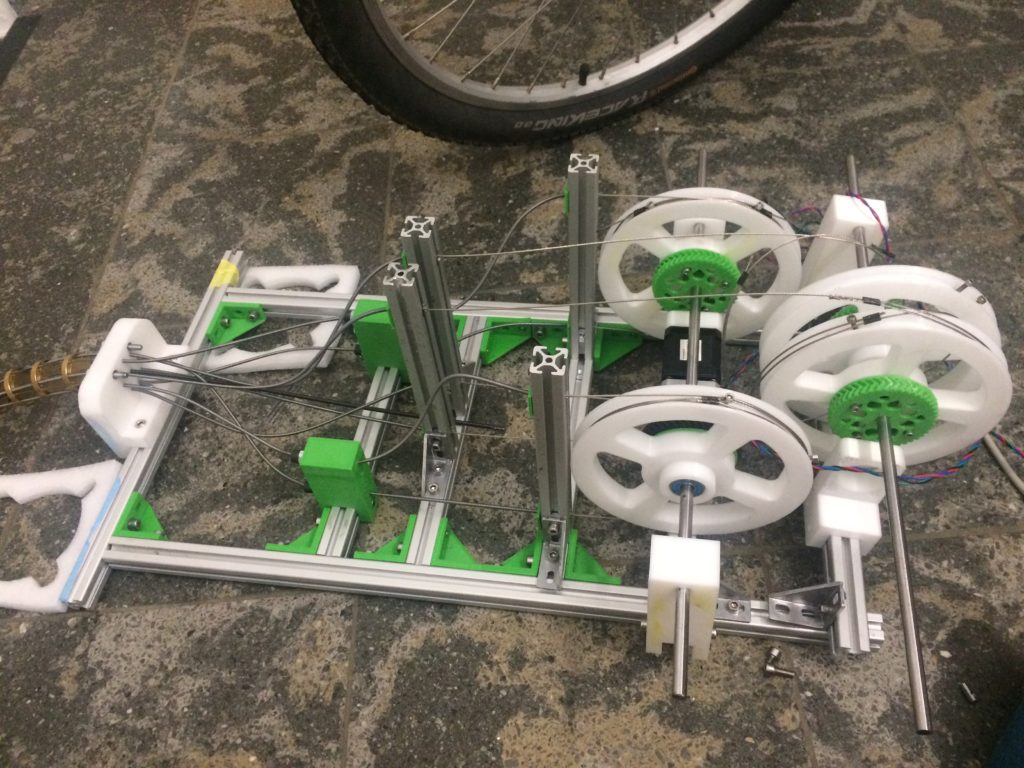 There are several problems…the first one that jumps to my mind is too much cabling and directional changes. This comes from an interesting tensioning system I had attempted to make, here’s a technical drawing: 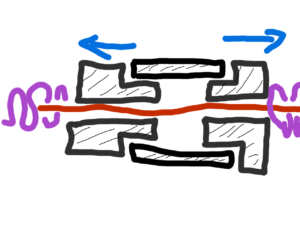 The idea is you take some vent screws, and lead your cable with a continuous tension spring on both sides..You thread them into a tension nut and set the tension you want….This way you always have proper compression on the springs that feed into the tentacles second stage. Well I drilled all the bolts, bought the tension nut…to find out one side of it is left hand thread….and the company who sells the tensioners…don’t sell left hand threaded bolts.

So I made a different new thing which are those green blocks, it works the same, but introduces more length, and friction. Again if I was controlling with my own hands it’d be fine. 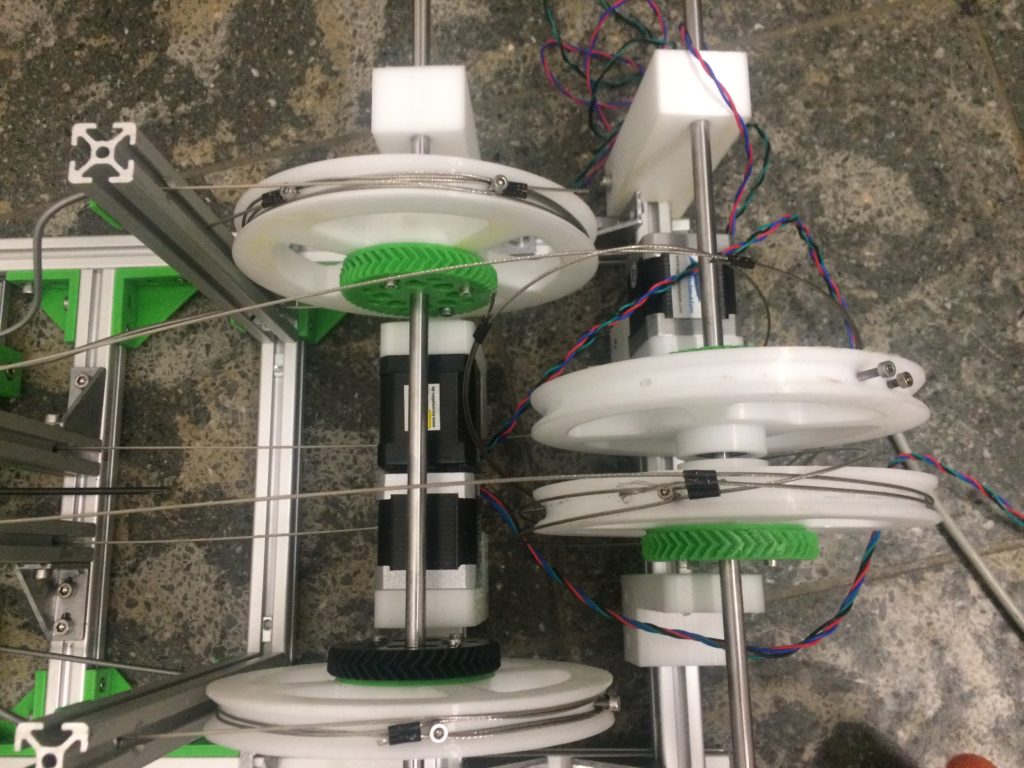 Second issue you can see here…Poor cabling and poor gearing. The cables I didn’t want to cut, so I wrapped them several times around on the pulleys…Rookie mistake I came to find out later. The cables were forever loose, and the power transmission was way too small work. As you saw in the above video, there is tonnes of chattering. The motors had enough power to move but would skip steps. The chattering literally shook the motors out of their mounts, and wore teeth into nothingness. Though, being that everything was 3d printed, it’s not like I lost money. I just made a new one.

Before I used a working gearing system from Triffid_hunter a 4.whatever translation that is typical of extruder systems on homemade 3d printers.

I wrongly assumed this would be more than enough power considering I’m driving .48Nm step motors. ( hint: nope ) So i sat down with inventors design accelator and made myself a new transmission. A 147:21 ratio. (7 times) system. It’d have an idler in there be bolted properly and not just glued and all that other stuff.

This is what I ended up with: 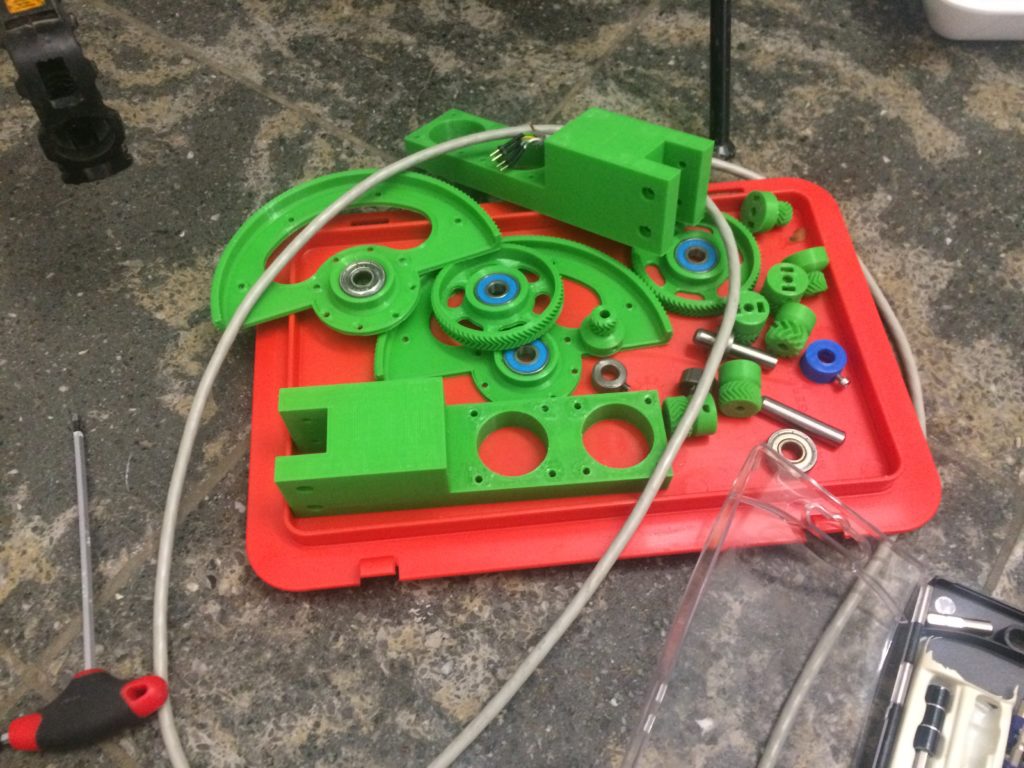 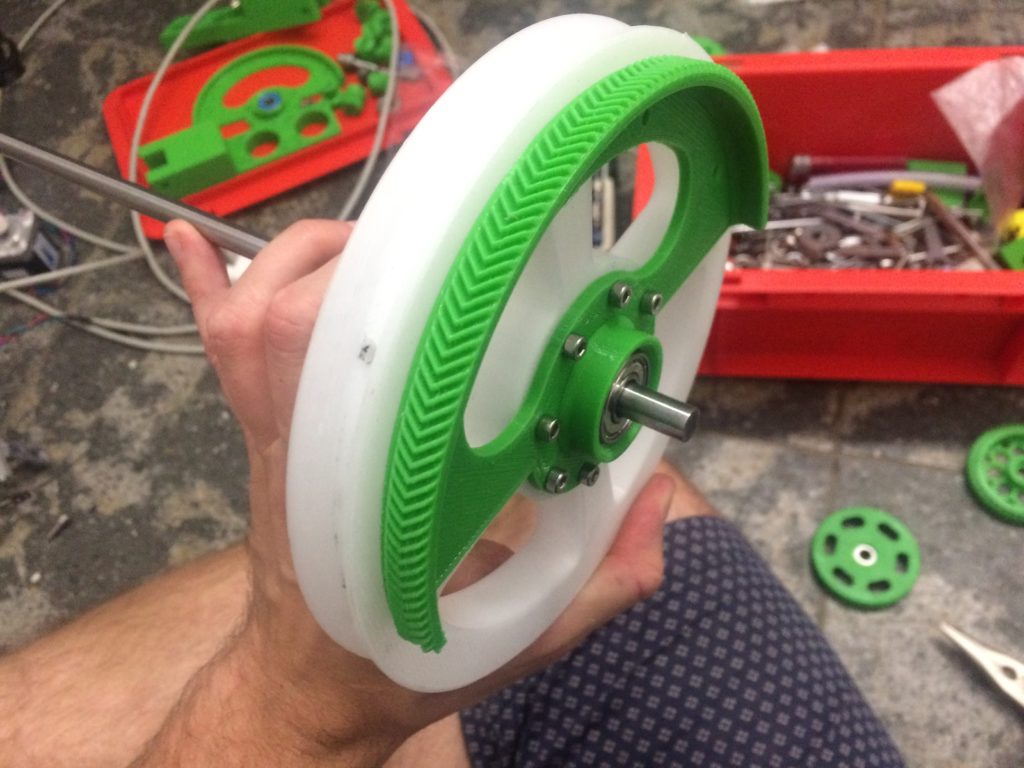 Much much nicer. I stuck with the herringbone instead of the sterotypical spurgears that inventor spits out. (noise, multiple tooth meshing, etc)

I did make a mistake in the mount, namely the second motor doesn’t actually mesh, but after installing and trying it out anyways, it didn’t matter. The system has way more than enough power. However this week I may print out a new mount to replace the old one. However as long as it works I won’t bother until the robot comes completely out of the installation. On a side note I’m incredibly happy with my 3d printer and its ability to make some very sexy gears. Compared to the old tooth profile and print job and the new, it’s lightyears ahead. Well here’s a video of the tentacle and it’s new gearing. Enjoy!